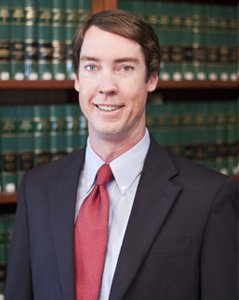 Oliver has been practicing with Carter & Carter since 2009.  He primarily represents lenders and borrowers in connection with distressed debt, commercial disputes, and bankruptcy and is certified as a Specialist in Creditors’ Rights by the American Board of Certification.  Oliver represents a wide variety of clients within the debtor-creditor context, including creditors and debtors in Ch. 7, Ch. 11, and Ch. 13 bankruptcies; adversary proceedings; state court litigation, and workouts.  He also handles routine contract disputes, title disputes, and estate matters.  From time to time, Oliver also enjoys advising small businesses and their principals as they form a corporate entity such as an LLC and also when questions arise concerning the rights and obligations of an existing entity or its principals.

Oliver currently serves as a board member of The Historic Wilmington Foundation and The Cape Fear Council of the Boy Scouts.  From 2013-2015, he served as Treasurer of the Parks Conservancy of New Hanover County.  From 2011 – 2016, he served as Editor of “The Disclosure Statement”, the N.C. Bar Association’s Bankruptcy Law Section newsletter.

Oliver studied law at New York University and graduated in 2006.  At NYU, he served on the Student Bar Association for three years, including as its President, and for this and other service to the law school community, he was presented the Vanderbilt Award.  After law school, Oliver held positions in private practice, public service, and consulting before beginning work for Carter & Carter in 2009.

Prior to attending law school, Oliver graduated from New Hanover High School and subsequently attended the University of North Carolina as a Morehead Scholar.  He graduated from Carolina in 2001 with Honors in Writing. During 2002, he lived and worked in Summit County, Colorado.